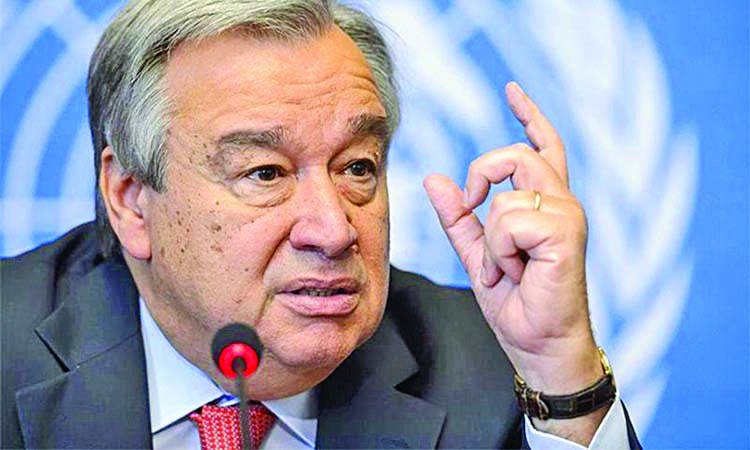 A fresh scientific blueprint for tackling climate change, pollution and the accelerating lack of plant and animal species published on the subject of Thursday shows how exactly to end the world's "suicidal" war in nature, UN chief Antonio Guterres said. The US Environment Course report builds on the findings of previous global studies to greatly help governments, businesses and different actors adopt a far more joined-up method of tackling interlocking environmental crises. "Humanity is waging war on nature.
That is senseless and suicidal. The consequences of our recklessness already are apparent in human suffering, towering economical losses and the accelerating erosion of life on the planet," Guterres wrote in the preface.
The climate emergency, the biodiversity crisis and the pollution kill millions of folks every year and have left the planet broken, he said. "But (the report) also guides us to a safer place by giving a peace approach and a post-battle rebuilding course." Among the recommendations was that a lot more than $5 trillion in gross annual subsidies to sectors such as for example fossil fuels and industrial agriculture, angling and mining ought to be redirected to accelerate a good shift to a good low-carbon potential and restore nature.
Governments also needs to look beyond monetary growth as an indicator of efficiency and take consideration of the worthiness of preserving ecosystems, the statement said. It aims to encourage governments to take even more ambitious techniques at a UN weather conference in Glasgow in November and during parallel foretells agree a fresh global pact on preserving biodiversity.