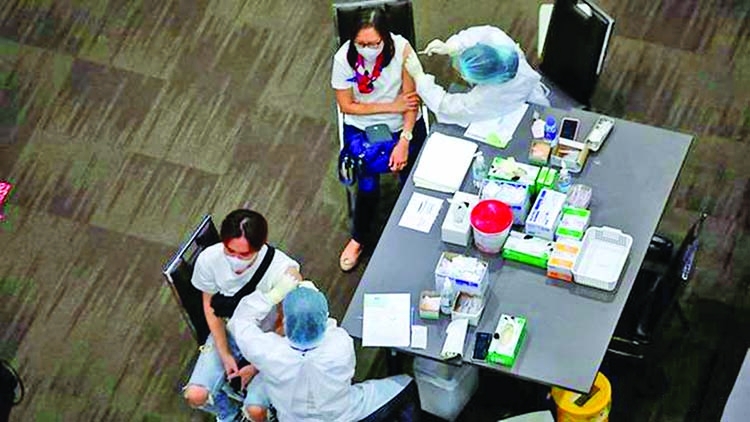 Thailand is not blocking exports of the AstraZeneca vaccine, a government representative said, after Taiwan said Thailand was keeping for it doses of the vaccine that it's producing. Taiwan President Tsai Ing-wen said on Friday (Jun 11) Taiwan had ordered 10 million doses from AstraZeneca , which was mainly making them in Thailand, but Thailand was "giving priority for vaccines to be utilized in Thailand".
"Thailand isn't blocking exports of AstraZeneca," deputy government spokesperson Traisuree Taisaranakul said on Twitter late on Saturday. "It is a matter for the producer to control," she said. She didn't specify whether she meant AstraZeneca or the Thai manufacturer, Siam Bioscience. The health ministry cannot be reached on Sunday, and both companies have declined to comment on reasons for export delays. Both Thailand and Taiwan have observed a surge of corona virus cases in recent week after months of successfully keeping their outbreaks in balance. The Philippines said this month it was expecting delays of AstraZeneca's Thai-made vaccines due to production delays. Malaysia also said it had been expecting delays.
AstraZeneca's distribution plans in Southeast Asia be based upon 200 million doses created by Siam Bioscience, a company owned by Thailand's king that's making vaccines for the very first time.
Source: Dailyasianage - World News