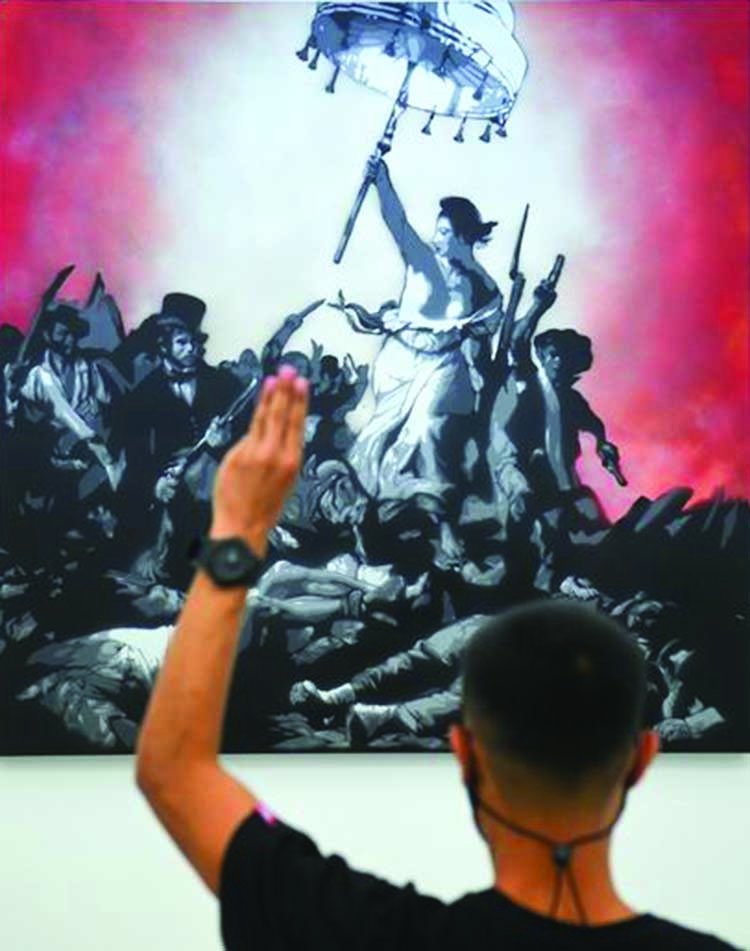 A Thai political road artist who goes on the name "Headaches Stencil" is exhibiting a few of his riskiest work yet, with a assortment of paintings that touch on a stringent law which has seen dozens of folks imprisoned for insulting the monarchy.
The artist, who doesn't disclose his real brand or age, launched the exhibition the other day in a gallery above a Bangkok bar, on a working day when four high-profile activists were devote pre-trial detention over their taboo-breaking calls to reform Thailand's monarchy.
"I have experienced this extreme legislation for some time. Many people explained to stay away or not get involved," stated the artist, who commonly spray paints on surfaces using stencils but has held numerous indoor exhibitions.
"But just as an artist, I want to try with art and observe how close I can get, how I can discuss it throughout my functions."
At least 58 activists have already been charged with insulting royalty since November over remarks at protests against a government backed by the armed service, which reveres the monarchy.The artist's complex assortment of 14 paintings borrows images from the French revolution and includes symbols of the palace, such as for example crowns or royal parasols.
Another painting shows three hands side-by-side above flames, several with one-finger gestures and a third with a two-finger "V" sign, referencing the quantity 112, this article of the Thai criminal code covering royal insults.
"My paintings have to be open-ended and people have to interpret or resolve them themselves," said the artist, who said his brand is a play in the head aches he believes he creates for government with his use of a stencil and spray paint."I just want persons to see my artworks and interpret them and realise the humanity of these appearing charged," he said.
"They didn't kill anyone, they merely disagree with an individual. They should not head to jail for certainly not loving someone that others do."
Source: Dailyasianage - World News