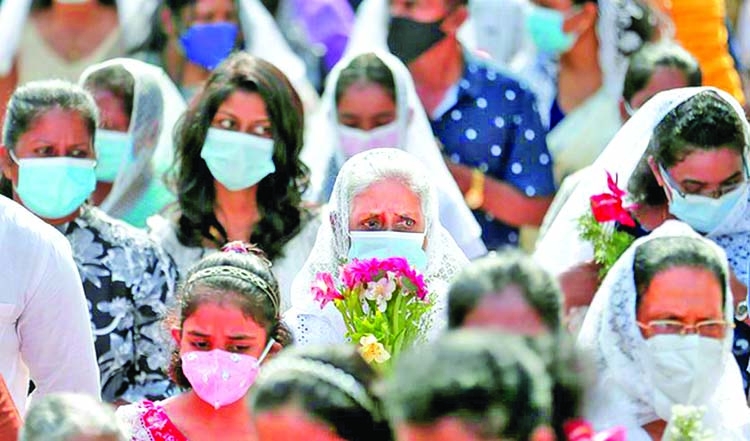 Sri Lanka's Christians on Sunday honored the 279 people killed in the 2019 Easter bombings as the island's top Catholic leader warned of street protests unless those responsible were prosecuted. Cardinal Malcolm Ranjith lit candles at the St. Anthony's Church where 56 persons perished when local extremists completed coordinated suicide attacks against three hotels and three churches. The Christian minority in the united states attended Easter Sunday masses under armed police and tight armed service security amid fears of fresh attacks, officials said.
Ranjith renewed his call for swift action against those responsible for the attack and said the then President Maithripala Sirisena ought to be prosecuted for criminal negligence in failing woefully to prevent it. A study ordered by Sirisena soon after the April 21, 2019 bombings discovered that he and his intelligence officials acquired precise info from India about the impending attack 17 days earlier, but failed to act.
"President Sirisena's guilt has been discovered in the commission report," Ranjith told reporters beyond your St. Anthony's Church. "I talk to President Gotabaya Rajapaksa and his federal government why they will be dragging their feet without prosecuting him." "We will need to the streets if no actions is used by April 21," Ranjith said.