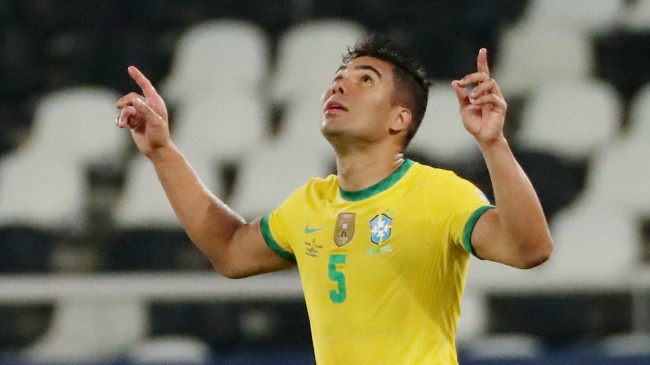 Brazil went behind for the very first time in eight games on Wednesday but responded with a controversial equaliser before netting successful deep into stoppage time for a 2-1 victory over Colombia at the Copa America.
The reigning champions arrived to the game on a nine-match winning run but trailed 1-0 after 10 minutes when Colombia's Luis Diaz scored a sensational overhead kick.
Brazil equalised through Roberto Firmino's header with 12 minutes remaining but Colombia were incensed that referee Nestor Pitana did not halt the game following the ball hit him in the build-up.
The ensuing fracas resulted in 10 minutes of stoppage moment played and Casemiro rubbed salt into Colombian wounds when he headed home from a corner in the 100th minute to provide Brazil three wins from three at the tournament.
Source: Thedailystar - Sports