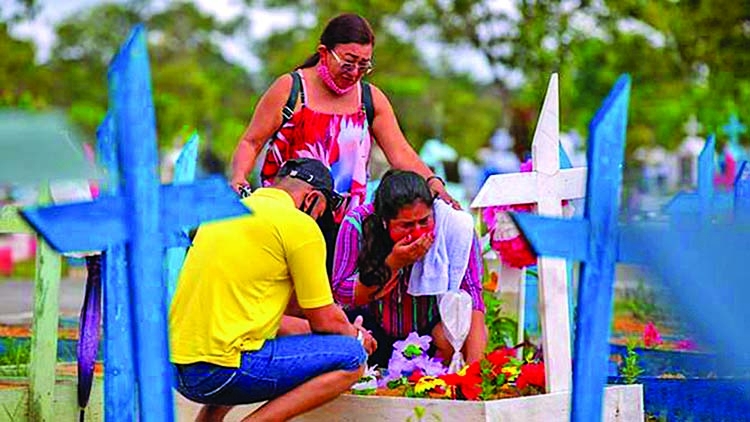 Already reeling in one of the best death tolls in the pandemic, Brazil is bracing for the risk of a third wave of COVID-19, fueled simply by vaccination delays and a lack of containment measures.
So far, each pandemic wave has been successively worse in Brazil, peaking at a weekly common of around 1,000 deaths each day in July 2020 through the initially wave and 3,000 deaths each day last April during the second.
The curve has since rejected, with typically around 1,600 deaths per day in the last week, and Brazilians have largely gone back again to business as common. But with the southern hemisphere cold months approaching again, professionals say warning lighting are flashing, increasing fears of a return to overflowing hospitals, mass graves, refrigerator trucks piled with corpses and other gruesome scenes from the darkest times of the pandemic in Brazil. The sprawling region has been sluggish to vaccinate its 212 million people, and hasty in lifting state and local stay-at-home methods, epidemiologists say.
Meanwhile, risky virus variants - including the Gamma strain that emerged in Brazil itself, plus the first conditions of the Delta strain that emerged in India - threaten to accelerate the disease's pass on. COVID-19 has already claimed a lot more than 470,000 lives in Brazil, second and then the United States.
The South American country's per capita death toll - more than 220 per 100,000 inhabitants - is one of the world's highest.
But many Brazilians seem to be unconcerned by the risk of a fresh surge - not least far-best suited President Jair Bolsonaro, who continues to frequently defy expert advice over containing the virus.
"Brazil possesses taken an unprecedented wellness catastrophe and turned it into something regular. The majority of folks are acting like there is no pandemic," said infectious disease consultant Jose David Urbaez.
"That's why predictions are for a very intense third surge," he told AFP.
Source: Dailyasianage - World News