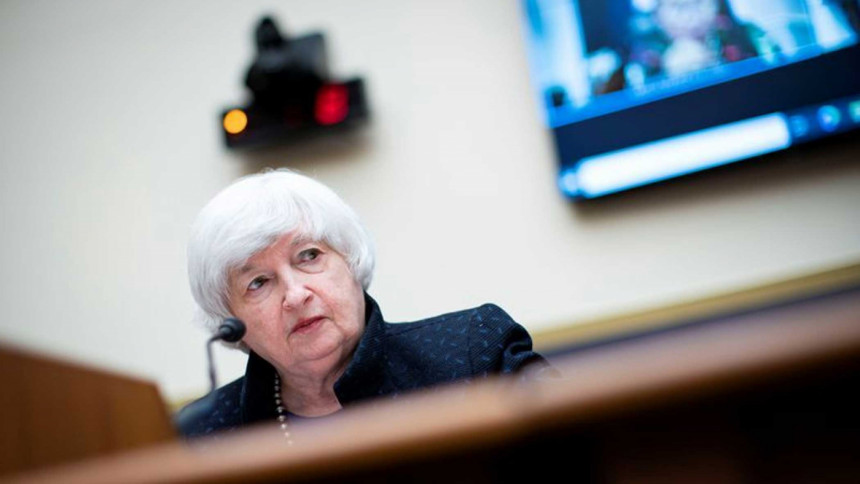 Treasury Secretary Janet Yellen said on Sunday she was confident the US Congress would approve legislation to implement the global corporate minimum tax agreed by 136 countries.
Yellen said the actions to bring the United States into compliance with the global minimum tax would likely be included in the so-called reconciliation budget bill containing President Joe Biden's proposed spending initiatives.
Asked on ABC's  "This Week" whether she was confident the measure would get through, Yellen said:  "Yes. I am confident that what we need to do to come into compliance with the minimum tax will be included in a reconciliation package. I hope that we, that it will be passed and we will be able to reassure the world that the United States will do its part."
The parliamentary maneuver known as budget reconciliation would allow Democrats to act without Republican votes. A group of 136 countries on Friday set a minimum global tax rate of 15 per cent for big companies and sought to make it harder for them to avoid taxation in a landmark deal that Biden said leveled the playing field.
Treasury officials and tax experts have said that the global minimum tax would not require a treaty to implement and could be achieved in the reconciliation bill because it is a voluntary agreement among countries to individually impose a minimum tax on overseas earnings of corporations.
The United States has had such a minimum tax since the end of 2017, so it is a matter of raising the rate to conform with the agreement.
Treasury officials have said they regard the global minimum tax as less controversial than a higher overall corporate tax rate or a higher capital gains tax, because it puts the United States on a more competitive footing with other countries.
The US Chamber of Commerce said it will review details of the Biden administration proposals closely.
"We remain especially concerned about the cumulative impact of the (global minimum tax) proposal and the tax changes being sought by the administration as part of the reconciliation bill pending before Congress, Neil Bradley, the chamber's chief policy officer, said in a statement.
Yellen did not address how to implement another part of the deal that aims to revamp taxation for large technology companies and other highly profitable multinational firms.
The so-called  "Pillar 1" part of the tax deal would reallocate taxing rights on companies with more than $20 billion in annual revenue to countries where their products and services are sold for 25 per cent of the profit above a 10 per cent margin.
US Senate Republicans have argued that this would require a new international tax treaty that would require ratification with a two-thirds Senate majority.
Republican senators told Yellen in a letter they were concerned the Biden administration was considering circumventing the need to obtain the Senate's authority to implement treaties.
Under the US Constitution, the Senate must ratify any treaty with a two-thirds majority, or 67 votes.
Biden's fellow Democrats control only 50 seats in the 100-member chamber.
Republicans in recent years have been overwhelmingly hostile to treaties and have backed cuts in corporate taxes.
Yellen told a Senate Banking Committee hearing in late September that the administration was instead considering alternative means to modify existing bilateral tax treaties that would avoid a two-thirds majority vote.
Yellen has said she believes that taxing rights reallocation for big multinationals would hold some bipartisan appeal because the deal would replace digital services taxes that have been imposed by some countries on companies including Facebook , Alphabet Inc's Google, Amazon.com and Apple.
She has said that US implementation for that part of the deal may not come until 2022.
Source: https://www.thedailystar.net