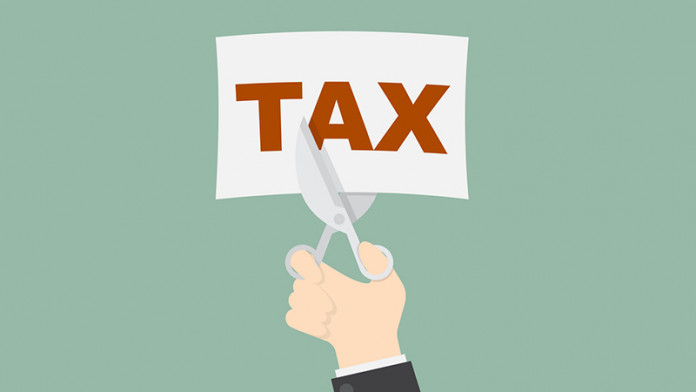 Business leaders in Chattogram experience stressed the necessity for reforms found in the tax system, such as for example policies that usually do not require frequent changes, together with waiving advance tax to be able to boost both domestic and foreign investment in Bangladesh.
They made these comments while addressing a post-budget dialogue held practically by the Chittagong Chamber of Commerce and Industry (CCCI) yesterday.
CCCI President Mahbubul Alam moderated the dialogue, which presented the leaders of varied organization associations as panel discussants.
Md Jashim Uddin, president of the Federation of Bangladesh Chambers of Commerce and Market (FBCCI), hailed the government for cutting down corporate taxes, providing waivers on benefit added tax (VAT) and a tax visit to the proposed budget for fiscal 2021-22.
But due to the fact all businesses have been harm by the ongoing coronavirus pandemic, he demanded the complete withdrawal of advance tax (AIT) and progress trade VAT (ATV), which he claimed increases the price tag on organization while bringing little to simply no benefit for the government.
"If the AIT is returnable then as to why should the government even have it," Uddin explained, adding that it is difficult to receive the AIT again from the National Panel of Earnings (NBR) once paid.
CCCI President Alam emphasised on the need to widen the taxes net while reducing the tax rate on existing taxpayers.
He also urged the leaders of different organization associations, including the FBCCI, to force the federal government to expedite the several priority projects in Chattogram, including ending waterlogging in the city, dredging the Karnaphuli river and constructing the Bay Terminal in the Chattogram port.
"If the Bay Terminal is not complete by 2024, international trade through the country's premier slot will get hampered," Alam said.
Rupali Chowdhury, president of the Foreign Investors Chamber of Commerce and Sector (FICCI), said foreign direct investment on Bangladesh was suprisingly low in comparison to neighbouring countries such as for example India.
Although the government is undertaking numerous infrastructure development projects, even more work should be done regarding legal and policy support to attract foreign investment.
Besides, many policies will be inconsistent, she said.
For example, there is no regulation regarding paying 15 % VAT when investors primary started buying territory in the country's financial zones.
However, the NBR instantly made a decision to impose this fee, which is normally discouraging, Chowdhury said.
With regard to the 10-year tax holiday for different industries outside the economic zones, she said the facility signifies that these companies basically benefit from the same benefits that companies within the zones do.
"So what extra advantage are we going to offer the shareholders inside the economical zones," she asked.
Faruque Hassan, president of the Bangladesh Garments Suppliers and Exporters Association (BGMEA), echoed the same.
Terming consistent policy changes since discouraging for expenditure, Hassan said any innovative tax or policy will need to continue to be the same for by least five years.
He went on to state that the proposal to keep providing 1 % additional cash incentive for the garments market in the new spending plan would help the sector when it comes to increasing cash flow.
Hassan hoped that Bangladesh's exports will go back to pre-pandemic amounts by October this season, on state the Covid-19 situation does not worsen.
Alamgir Kabir, president of Bangladesh Cement Producers Association (BCMA), demanded the complete withdrawal of non-adjustable AIT for cement industries.
Although the AIT has been decreased from 3 to 2 per cent in the proposed budget, it is nonetheless a burden for the import dependent sector, he said.
Besides, Tk 500 has to be paid due to import duty per tonne of clinker, the primary raw materials of cement, he said.
"So, the common import duty stands at 10 to 11 per cent, which makes it problematic for the highly competitive sector to survive," Kabir stated.
Lauding the proposal to reduce corporate tax in the brand new budget, Chittagong STOCK MARKET Chairman Asif Ibrahim proposed to increase the tax gap between listed and non-listed firms to ensure that good companies receive encouraged to come quickly to the capital market.
The EC Committee Chairman of Islami Bank Bangladesh, Professor Md Selim Uddin, said in case of low tax collection, the pressure would increase for loans to be studied from domestic sources.
Source: Thedaily Star