Arsenal bounce back from FA Cup defeat to beat Southampton 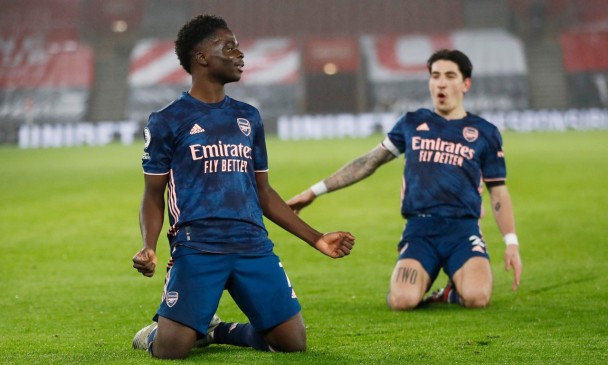 Alexandre Lacazette and Bukayo Saka scored and had an assist each as Arsenal won 3-1 away to Southampton in the Premier League on Tuesday, exacting revenge because of their FA Cup fourth-round loss to the Saints on Saturday.
Southampton took an early on lead when Stuart Armstrong met James Ward-Prowse's corner with a thunderous half-volley in the 3rd minute, but Nicolas Pepe drew Arsenal level five minutes later with a cool left-footed finish from Granit Xhaka's pass.
Saka put the Gunners ahead six minutes before halftime, latching to a superb pass from Lacazette before rounding keeper Alex McCarthy, who had rushed out of his goal, and slotting the ball home.
The roles were reversed in the 73rd minute as Saka crossed for Lacazette to score the 3rd and seal a victory that lifts Arsenal to eighth place in the table on 30 points, one ahead of Aston Villa, Chelsea and Southampton.
Source: Thedailystar - Sports